From immigrating from Ghana to London to becoming the Editor-in-Chief of British Vogue, Edward Enninful has come a long way.

Life always intended for him to work in fashion. At the age of 16, he was spotted on a train by famous stylist Simon Foxton, and with that he started his career as a model which would be his baptism into the world of fashion. His CV is quite impressive and almost impossible; fashion director at i-D, contributing editor at Vogue Italia (which resulted in one of the most controversial July 2008 issue “A Black Issue”), advertising for Calvin Klein, contributing fashion editor at Vogue, and for the past six years he worked as fashion and style director of W. And if this wasn’t enough, he’s been awarded an OBE from the Queen of Britain herself. Remarkable, isn’t it?

He is known for his risk-taking moves, bold statements, impeccable style, creative talent and sweet nature. 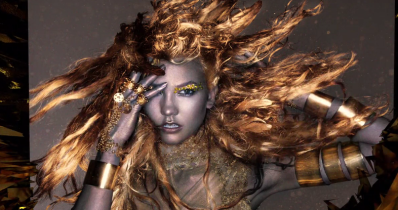 Today, it was announced that Edward will be taking over Alexandra Shulman’s post as Editor-in-Chief of Vogue UK. The Edwardian era for British Vogue has started. Knowing what he is capable of, I may say that we are looking forward to more stylish future. Britain may be out of European Union, but never out of style.